Got my pictures developed :)

... But my scanner does not obey. Here's a preview, shot with my trusty webcam: 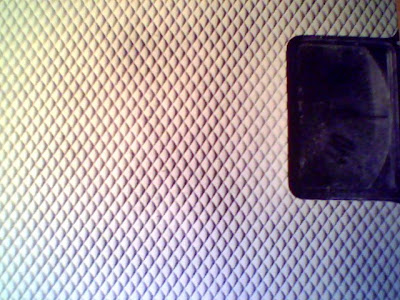 Email ThisBlogThis!Share to TwitterShare to FacebookShare to Pinterest
Labels: don't matter if they're black or white

Attending school only physically-- My soul is in some far-off land, deep in sleep. 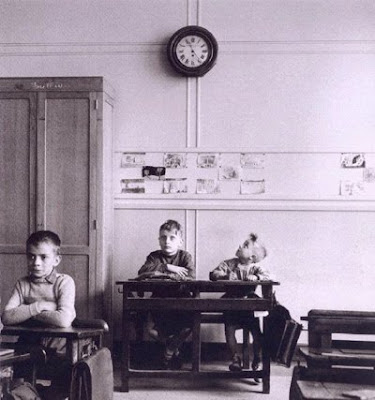 Email ThisBlogThis!Share to TwitterShare to FacebookShare to Pinterest
Labels: zzzz

The World Was Moving

And she was lying in the grass,
And she could hear the highway breathing,
And she could see a nearby factory.
She's making sure that she's not dreaming.
See the light in the neighbour's house,
Now she's starting to rise,
Take a minute to concentrate,
And she opens up her eyes.
-The Talking Heads , And She Was

Our generation is one that is spoilt and accustomed to getting anything they want without working for it, believing in their rights without earning them. We're a group of people characterised for knowing who we are, and being faithful to ourselves, but if we do not do anything with this gift that we have, are we getting anywhere?
For years now I have been jealous of other generations, because they all had a clear identity. Upon reading the papers a few days ago, I realised our generation is THE generation where finally we can be who we please! Never before has there been this much liberty to follow your heart, at least among members of the same age groups. However, if we don't take this to the next level, we are nothing. We must organise, become a whole and use all our talents (which just become more and more diversified) for the greater good.
What this greater good might be, I'm unsure of. We've been spoonfed all our lives, absorbing family money without knowing the value of a dollar (or euro, or yen, or peso). We must become conscious that we too will take part in the real world, only this way we shall survive. Since material satisfaction is greatest nowadays, we should focus on leading our society away from its evils. Destroy consumerism, once again cultivate unity and altruism, working together and helping each other out, and not being obsessed with money and objects but also directing ourselves to exploring ourselves and others and the spiritual joys of life.
However, a revolution is not just demonstrating. Nowadays, demonstrating only stops traffic and annoys neighbours. We must find new ways of making our voices heard. They need not be violent and they definitely must not be cliché. In fact, a revolution can be started from inside our homes, I bet: you just must speak your point of view and establish connections with those that feel the same, making the group larger and larger. Express it publicly, privately, nobody can stop you.
Students that start demonstrations are just hypocrites, demonstrations do nothing, especially when a sentiment is not heartfelt or for the wrong reasons (read, the people that protested against the Plan Bolonya last year-- pseudo-1968ers who try to avoid hard work).
What is worst about our generation is the conformity and the hypocresy, in the sense that somehow we all think we have ideals (like open-mindedness) and we really don't. I don't really understand why everybody feels that they are all open-minded when they are not. To me, this is the biggest issue, the falsity with which things are done. One must combat the schools that pay no attention to them because they don't do IB (even though they pay the same amount as any IB student), the people patronising enough to make you feel you have a say when you don't, the people who talk a lot but do little, the people who talk a lot but believe little (one can tell when somebody does not know what he's talking about).
You should say what you believe, believe with all your might, but not with blind eyes, and you should put those you believe are wrong into doubt. Also, you have to try to extend your viewpoint and get others to support you and extend it themselves. In turn, this will spawn new ideas for bringing about change, and only this way will we get any progress, and stop living in a hypocrite politically correct society where we let our days fly by for financial and social success. Look for the truth and have everybody around you looking, share ideas and form a global philosophy, and let humanity take that final step towards civilisation. Let us escape consumerism and enter a new era.
Expressed by James Dean at 13:14 4 comments:

Two for One (in chronological order)

1) Own an enlarger (for negatives, do not misinterpret).
2) Own a bar
3) Become a famous actor who is actually good at what he does, and does photography on the side
4) ...Become a doctor

p.s. readers you suck for nobody reading or at least commenting my complaints about the school.
Expressed by James Dean at 02:49 2 comments:

One wonders how in an American School (the United States being the self-proclaimed land of the free and/or brave) he finds himself under the constant illusion he has an opinion but are never asked for it. It occurs on every level: between students, between students and their representatives, and between students and their teachers.
Let me pose various examples:
First, take into consideration the 12th graders and their graduation trip. A small group is set on Ibiza, and just this week a meeting was held without prior notice (well, there was talk about holding a meeting, but no dates) in which we were told the options, of which Ibiza was described as the only one valid because it was the only one they had prepared, giving us ballpark figures of location and price. Although it sounded great, there was a sense of manipulation around the whole ordeal.
Then there is the student council. I have nothing to say about the candidates themselves, our president is probably the most qualified for her post. However, when were we asked who we wanted to represent us (besides the class representatives, whose role is less significant, I suppose, than that of the president)? I have been told that “after middle school, we do not vote for our president”. Does that then not make him a monarch, or a dictator? And when were we asked if we wanted our year’s theme to be sustainability, or whether we wanted the flick the switch campaign to be implemented? (Some of us do like to learn with a source of light).
Then there is the sudden interest the teachers have in bringing Barack Obama to the school, and how we are obliged to write him a letter. This is a person I have nothing to say to, as I know fairly little of his policies (basically, I would say that I thank him for being the first black president- which really does not say anything about his qualifications as president, or inspire me to want him to come to our school in the first place. The only reason I might want him to come is as a mere curiousity, or to use the anecdote as an icebreaker at parties). The letter incident is interesting, and is completely blown out of proportion. Today, the parent of one of my seedlings came up to me and said: “Remember you have to write a letter to Obama.” I nodded, though I have no intention of doing so. I believe that this school, which considers itself so democratic, should stop telling us we’re compelled to do anything. Anything we do, even in the classroom, is out of free will—because we want to pass, because we want to take the path in life that leads to college, because we agree with its base philosophy.
Another example of this is the peace sign photo we were also forced to participate in. I personally went voluntarily, because it could not hurt and there is no need to be unnecessarily uncooperative. However, a friend of mine who wanted to study and also hadn’t the slightest interest in participating, was forced by a teacher to go down and pose in a picture where one person less would not have made a difference. On this note, I have been informed that one of the kids in said photograph actually posed middle finger in the air. To you, I tip my hat (no names will be said, but you know who you are).
The kid who “flipped Obama the bird” is probably what we should be aiming to have in this school society. He probably didn’t do it for the reasons I’d like, but still it is a small demonstration that we can do what we want. It really makes no difference to us if we are forced to do senseless things or not, but what bothers me is the lack of respect towards the student (oh, and the slight hypocrisy). You can catch more flies with honey than you can with vinegar, I think, and we are the flies that constitute our school. One would think that Obama’s coming would be for our enlightenment and as such we would be allowed to say If we actually cared if he came or not. One would also think that voting for a trip a whole grade participates in once in a lifetime would not be manipulated. One would expect students to have a bigger say in choosing their representatives.
Expressed by James Dean at 13:44 1 comment:

Blossom on the tree, you know how I feel. 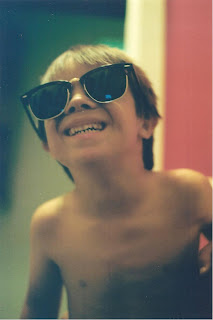 Email ThisBlogThis!Share to TwitterShare to FacebookShare to Pinterest
Newer Posts Older Posts Home
Subscribe to: Posts (Atom)
"Everything about him was old except his eyes and they were the same color as the sea and were cheerful and undefeated."