"My mind was filled with that great song 'Lover Man' as Billie Holiday sings it; I had my own concert in the bushes. 'Someday we'll meet, and you'll dry all my tears, and whisper sweet, little things in my ear, hugging and a-kissing, oh what we've been missing. Lover Man, oh where can you be...' It's not the words so much as the great harmonic tune and the way Billie sings it, like a woman stroking her man's hair in soft lamplight. The winds howled. I got cold. "
- Jack Kerouac, On the Road
Expressed by James Dean at 04:34 No comments:

Talking on a chilly autumn night.

SN: Yeah, that's what I was saying before... I'm not sure I've done everything I needed to do in this visit. I've seen some people enough, like -----; okay, she's my friend pero I don't plan on being so close to her. And ----, I slept over at her house and we were able to talk so I had enough time to be with her.

(It was 9:30, dark already, chilly, and everyone had left. We had stopped by Pans for a second to get a drink, and were sitting down on a bench, finally having the one-on-one time we had planned for.)

FA: Yeah, and maybe too much time would have been bad for you both.

SN: No, I don't think so... Yeah, but the time was perfect, I think. Yes, it was perfect. But with you we never had that Feli and Shai time we were looking forward to! I just feel that we could have done so much more.

FA: But it's been like this since the beginning, we've never had enough time to enjoy our friendship. I dunno, since we met it's been the same.

SN: Yeah... I'll visit again, though, Feli. And you have to promise me that you'll come to Israel!

FA: Of course I shall, Shai.

FA: Yeah, we've got all our lives to be friends.

Dedicated to a great friend who just visited and who gave me a wonderful conversation, as short as it may have been.
Expressed by James Dean at 13:51 1 comment: 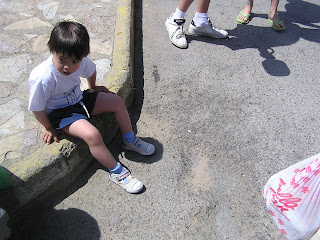 Estoy muerto; igualmente saldre a cenar hoy, a un restaurante indonesio en Plaça Catalunya. A ver a una amiga que visita, y que se ira el domingo.
Good food, good friends, I'll have a good time.
Even so, I have a lot on my mind, as always... But I'm much better, really.
No se, physical evidence may deny it but I think I'm better.
As always, I feel like an idiot; but now I'm more hopeful?
Or maybe not. I'm still really sad...
Necesito una larga caminata a solas.
Expressed by James Dean at 10:14 2 comments:

And when the broken-hearted people living in the world agree,
There will be an answer;
Let it be.

Email ThisBlogThis!Share to TwitterShare to FacebookShare to Pinterest
Labels: beatles, beaty, broken-hearted, brokenhearted, it, let, let it be, the

I cant see the point in another day
When nobody listens to a word I say.
You can call it lack of confidence
But to carry on living doesnt make no sense...
-Sting and the Police, Can't Stand Losing You


Back from the IMUN trip to Lisbon, Portugal. Had loads of fun, and learned quite a lot. Can't wait for another one.

I'm feeling slightly heartbroken and slightly optimistic... Some readers might know why.
Expressed by James Dean at 11:42 1 comment:

"Me da un euro?"
No, I don't have, really. I check my pockets, maybe I do. I'm a sucker for people who ask for coins. Then I think Gee maybe it wasn't such an innocent proposal as it seemed. Like this one guy, a black man with a face that screamed weed, who asked for spare change for food and I said he could have the product I had just ordered from the food machine. "No worry, no worry, have a nice week, nice week, yes."
The Man Who Asked Me for a Euro goes to the next person on the streetcar, a woman on the foldable bench horizontally opposite to me. I too am on a foldable bench.
"Me da un euro?"
"No."
"Bueno, gracias."
He walks another half a meter, disappearing from my peripheral vision into another wagon. I hear his voice, asking for the time, and another voice stating the fact that it's 7:30.
He walks across my wagon again.
And again.
The Man Who Asked Me for a Euro again asks someone else For the Time.
I think this is a good moment to describe The Man: he was of standard height, weight-wise on the chubby side. Black hair, pale skin and a sad face - an innocent face, for that matter. One that didn't realise people stared.
The streetcar stops, some step out, new people step in, and The Man Who Asked Me for a Euro proceeds to ask other people the same two questions he had been repeating all afternoon. He once again disappears from my sight. (Also, I'm reading a recollection of some of Truman Capote's descriptions of- celebrities?- no, intellectuals, so my full attention isn't focused on The Man.)
(I finish the description of Tennessee Williams. Love that guy.)
I look up, and then recall the existence of The Man. He is two meters away, asking a woman facing my way for the time.
"Perdon, que hora es?"
"Ia se lo dije hase sinco minutos."
A rude Columbian accent. True though, was that The Man had asked for the time near 15 times already in a span of 15 minutes, and obtained quite a few responses. The Man Who Asked Me for a Euro comes my way.
"Perdon, que hora es?"
I don't know. Really, I honestly don't know. I'm so useless. I flash a semi-friendly semi-I'm-sorry-I'm-of-no-use-whatsoever smile. I glance at my book for a millisecond, and smile again.
"Perdone, Señor, me da un beso?"
No, haha, but thank you. I give another smile, this time shy but still honest. The tram stops once more, Zona Universitaria. The Man Who Asked Me for a Euro, the Time and a Kiss steps out. He says goodbye, one foot in and one foot out of the streetcar, by asking the crisp air outside for the time.
Expressed by James Dean at 11:20 2 comments:

Just thought it was time for a change. To me, it evokes breeziness, contentness, peace. I'm really content.
(Strange how such a simple thing can make someone so happy. Now is this sad or actually relieving?)

I used to walk in the shade,
With those blues on
parade.
But I'm not afraid,
'Cause this rover
Just crossed over.

-Frank Sinatra, Sunny Side of the Street

Email ThisBlogThis!Share to TwitterShare to FacebookShare to Pinterest
Labels: frank, new, of, side, sinatra, street, sunny, the, URL

"For beautiful eyes, look for the good in others; for beautiful lips, speak only words of kindness; and for poise, walk with the knowledge that you are never alone"
-Audrey Hepburn
Expressed by James Dean at 12:33 No comments:

Just want to say that what I miss most at this moment is someone to talk to, that can give me support, or just listen.

I've been missing that 'friend' figure for a really long time, and I feel that lately I'm not taken seriously by anyone.

No adequate responses are formulated, and sometimes no response is needed! I don't want a forced answer when you can just give a hug.

I despise this. And I hate the fact that adults just consider us 'hormonal adolescents'. Pardon me if you're cold, boring adults. Keep your judgement to yourself. Experience is not always the key ingredient to wisdom. What bothers me most is that I might think likewise in a few years.
I hope I don't lose the last bit of fiery spirit I have left.

Though lately I feel that due to the lack of any support, it is slowly dwindling.

Thank you for listening.

Just a perfect day,
you made me forget myself
I thought I was someone else,
Someone good...
Expressed by James Dean at 12:17 1 comment:

Email ThisBlogThis!Share to TwitterShare to FacebookShare to Pinterest
Labels: don't answer before listening.

Yo homes, smell ya later! 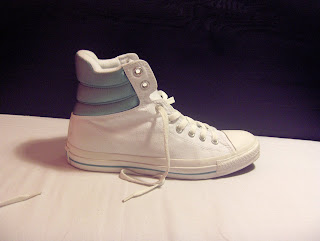 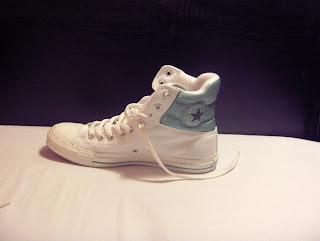 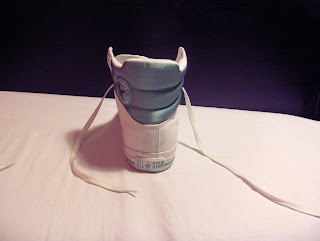 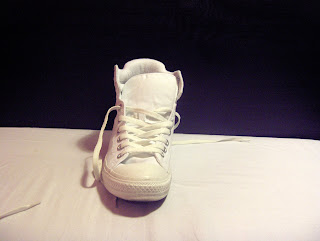 In west Philadelphia, born and raised
On the playground is where I spent most of my days
Chilling out, maxing, relaxing all cool,
And I was shooting some b-ball outside of the school.
(new shoes)
Expressed by James Dean at 12:02 3 comments:

"For millions of years flowers have been producing thorns. For millions of years sheep have been eating them all the same. And it's not serious, trying to understand why flowers go to such trouble to produce thorns that are good for nothing? It's not important, the war between the sheep and the flowers?... Suppose I happen to know a unique flower, one that exists nowhere in the world except on my planet, one that a little sheep can wipe out in a single bite one morning, just like that, even without realizing what he's doing - that isn't important? If someone loves a flower of which just one example exists among all the millions and millions of stars, that's enough to make him happy when he looks at the stars. He tells himself, 'My flower's up there somewhere...' But if the sheep eats the flower, then for him it's as if, suddenly, all the stars went out. And that isn't important?'"
- Antoine de Saint Exupéry, The Little Prince
Expressed by James Dean at 14:34 1 comment:

You're too selfish to be loved by anyone.

You don't let yourself be loved.

You need to be loved.

Nobody loves you enough.


Hope this nobody finds you soon, for your sake.
Expressed by James Dean at 16:17 1 comment:

Don't Die on Me, Little Raccoon

Email ThisBlogThis!Share to TwitterShare to FacebookShare to Pinterest
Labels: and, calvin, death, friendship, hobbes, impacts, impressions, little, raccoon
Newer Posts Older Posts Home
Subscribe to: Posts (Atom)
"Everything about him was old except his eyes and they were the same color as the sea and were cheerful and undefeated."