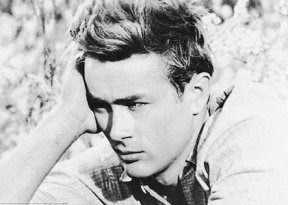 And Cain went out from the presence of the Lord, and dwelt in the land of Nod, on the east of Eden.
Expressed by James Dean at 14:53 1 comment:

You mean all this time we could have been friends?

Update: Possibly only in a coma? We shall find out tomorrow.
Expressed by James Dean at 15:17 2 comments:

Email ThisBlogThis!Share to TwitterShare to FacebookShare to Pinterest
Labels: michael jackson whatever happened to baby jane RIP man in the mirror

Is anyone here for love?

Well, I was going to include a video but if it doesn't show, look it up: it's called 'SIGNS' and can be found on youtube. It lasts 12 minutes but is really worth the watch, I believe.

In other news, I wish a belated happy birthday to my now six-year-old brother, I took him to the pigeons in Plaça Catalunya yesterday and we ran around a lot (he wanted to push them all into the fountain). He's the best gift a guy can have, I really love him a lot. Videos of us chasing pigeons will soon be posted.

And I watched 'Gentlemen Prefer Blondes' with Maria (sibling). Not the manliest movie but enjoyable haha laughed a couple of times. And I've been singing the entire score for a couple of days already, it's pretty catchy.
Also, tomorrow verbena de San Juan in Castelldefells, that will be quite something I hope. At the beach. 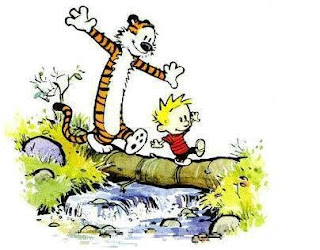 Update: And the video does show. This is a pretty complete blog post, all missing is some music :)

Update 2: I admit to having watched 'Gentlemen Prefer Blondes' again on my own. Summer days are long.

It is 11:oo A.M. on the first day of Summer, and after a pool party last night. I have to say, I don't know if this year has been good or bad, but the 'right now' is pretty good.
This year was at least useful for learning a lot of things, about people, about myself, about the world, and getting to know lots of people, suffering through IB and coming out alive with pretty high grades.
And now it seems like the Summer will be really good, even if I have to say goodbye to people. If they read my blog (ejem, keep posting), they should know that I'd rather spend my time to the max with them and then cry more once they are gone. The only reason I'd be crying more is because they made me that much happier.
I don't know if I will cry though, I have to say I haven't so far for quite some time (not even when I left Argentina...). In any case, I have to say that when these people start leaving it will not be fully sad but also somewhat happy, it is the closure of a great chapter in my life that someday could continue.

These people are leaving (some might not technically be going too
far away):
Jamie
Johanna
Marco - he already left... Bueno I've already seen him for the last
time*
Lucas
K2 (STAY in uni here, I know you read this! hahahaha :) )
Claudia Baulies (el gran incógnito, is she really?)
Karl

I know there are more but the names aren't coming up and these are the people I am closest to. (If I've forgotten somebody I'm close to I can always edit and nobody shall know of my irresponsibility... muahaha.)


I shall end this post with a quote that I've probably used many a time before on this blog, and that K2 is familiar with (among other things, she used it as her yearbook quote). It's from 'On the Road', by Jack Kerouac...

"But then they danced down the streets like dingledodies, and I shambled after as I've been doing all my life after the people who interest me, because the only people for me are the mad ones, the ones who are mad to live, mad to talk, mad to be saved, desirous of everything at the same time, the ones who never yawn or say a commonplace thing, but burn, burn, burn like fabulous roman candles exploding like spiders across the stars and in the middle you see the blue centrelight pop and everybody goes 'Awww!' "

*As a fucking surprise, I had no idea he was leaving today.
Expressed by James Dean at 01:58 4 comments:

Bueno, congratulations everybody on having finals done
I did pretty well on all the ones I studied for, proving that studying is actually useful. However, it did stress me out a lot (you should have seen me the night before maths) so I don't think it's worth becoming an A student. On the other hand, I'm pretty sure I'll be studying next final week also (for midterms) because I need the grades to get into medicine. I am not going to allow myself to become a stress-driven maniac who only strives to compete, though.

It is 12:00 and it feels like 9:00. This is because I have been sleeping all day. And that is because I had a nice end-of-the-year party last night. Very worth it.

And now I am "babysitting". For some reason, though my mom asked me to stay, my dad stayed also. Making my stay kindof useless.

It feels really unnatural to be writing in English, eh.

SCHOOL'S (nearly) OUT FOR SUMMER.
Expressed by James Dean at 15:08 1 comment:

Note: Gonna be busy these two weeks, so probably no posts. Final exams and IB stuff. However, afterwards my blog will be a party (I might even whore it out).

Bueno best wishes to all.

I'm in love with Gia Carangi...
(Just because I saw Ale's blog).

And this lady in an advertisement. 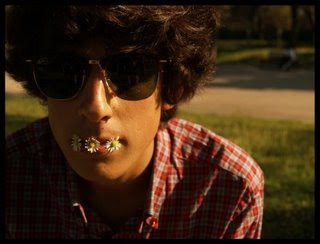 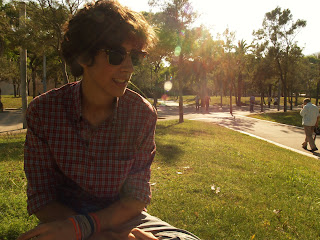 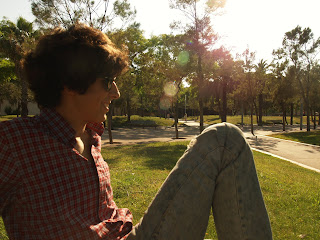 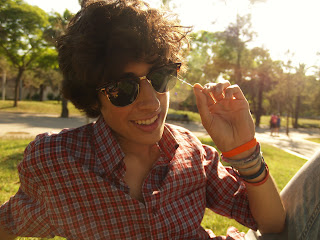 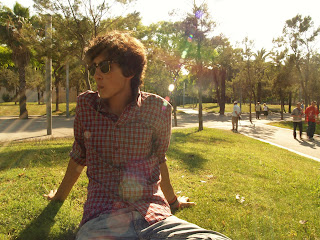 Don't you want to come with me?

Email ThisBlogThis!Share to TwitterShare to FacebookShare to Pinterest
Newer Posts Older Posts Home
Subscribe to: Posts (Atom)
"Everything about him was old except his eyes and they were the same color as the sea and were cheerful and undefeated."